Honoring our Past.
​Protecting our Future. 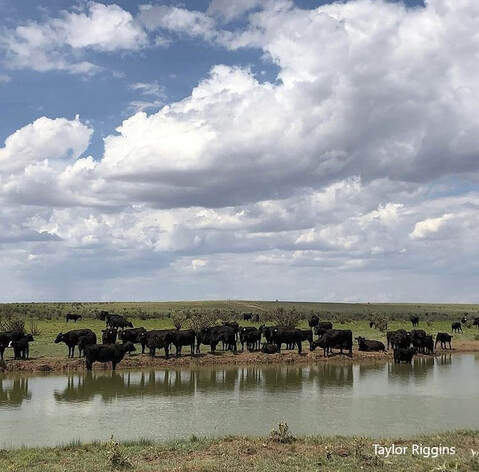 The American Rancher is steadfast in a multitude of conditions. We work to provide the best beef in the world to consumers who demand the highest in quality and readily choose to consume the most nutrient dense of all available proteins.  If we look around, our battles are noticeably more than usual unpredictable weather patterns, harvesting plants booked out for over a year at a time, or the low and ever dropping market prices. The recent addition of cyber terrorism, fire, COVID-19, and radical environmental agendas stand to be of detriment to the future of the American Rancher. As a resilient people in the greatest country in the world, ranchers just aren’t willing to accept that negative outlook.

On June 1, 2021, United States Senators’ M. Michael Rounds and Tina Smith drafted and sent a letter to The Honorable Merrick Garland, U.S. Department of Justice Attorney General. The letter addressed the anticompetitive practices occurring in the meatpacking industry today. Specifically pointing out the heart of the issue as the monopoly of the Big 4 Packers. The letter now has 28 additional sponsors signed to it in support, which includes multiple U.S. Senators and Members of Congress.

As stated in the letter, beef packers continue to bring foreign beef into their facilities and place “Product of the U.S.A.” on the final product. This is, at the very least, highly misleading and undermines the price and quality of U.S. beef. The U.S. meatpacking industry is more consolidated today, than it was in 1921 when the ‘Packers and Stockyards Act’ was enacted. Four companies operate 18 of the top 20 beef slaughter facilities in the country, which constitutes 94% of this capacity. Ironically, two of the four giant domestic processors are foreign owned. Without mandatory country of origin labeling for beef, packers are provided a federal sanction to undercut American producers and dupe American consumers. (Rounds, M. Smith, T., et al. 2021, June 1. We Have A Beef With The Packers.)

During the 2021 New Mexico Legislative Session, House Bill 33 ’Livestock Board Meat Inspection’ passed with united support through the House Floor and Senate Committees. With no descending votes the bill was not heard on the Senate Floor due to floor time expiring.

Last Thursday, June 10, 2021, the New Mexico Livestock Board (NMLB) unanimously voted to reinstate the In-State Meat Inspection Program with the funding allocated to them during the legislative session.

“The NMLB has jurisdiction under the New Mexico Livestock Code to adopt and promulgate rules for meat inspection,” said Belinda Garland, Executive Director of the NMLB. “The process to re-establish this vital program will begin with the utilization of $500,000.00 in Special Appropriations awarded to the NMLB.”

Almost all of our beef leaves the state to be processed and then has to be shipped back to consumers. An in-state meat inspection program would reduce our carbon footprint and tie the local consumer to the local producer. Giving everyone the option to choose locally sourced beef, and allowing additional avenues for consumers to enjoy value-added agriculture products like delicious green chile beef jerky!

“Reinstating the program will require time and a high level of commitment from our staff, but the rewards to the livestock industry of New Mexico will be endless,” said Belinda Garland, Executive Director of the NMLB.

Under the program beef would still be United States Department of Agriculture (USDA) inspected and certified. However, New Mexico would now have inspectors trained to examine our facilities, resulting in a streamlined process that enables New Mexico raised beef to reach the plates of consumers in a timely manner.

“We realize the task at hand and appreciate the work being done on behalf of ranchers and American beef at the local and national levels,” said Randell Major, NMCGA President. “As an association we back those efforts to establish country of origin labeling as stated in a resolution we passed in 2019.”

“Therefore, but it resolved: The New Mexico Cattle Growers’ Association supports United States Congressional legislation requiring the U.S. Department of Agriculture (USDA) Food Safety and Inspection Service (FSIS) and the qualifications for labeling beef as a “Product of the U.S.A.” Only livestock products that have been born, raised, and slaughtered in the United States be labeled as “Product of the U.S.A.” (Country of Origin Labeling ‘COOL’. New Mexico Cattle Growers’ Association. Dec. 2019.)

The mission of New Mexico Cattle Growers' Association is to advance and protect the cattle industry of New Mexico, work toward solutions of cattle industry problems, promote the well being of the industry, provide an official and united voice on issues of importance to the cattle producers and feeders, and to create and maintain an economic climate that will provide members of the Association the opportunity to obtain optimum return on their investments within the free enterprise system."